Breaking: FTX Collapse May Affect You Without You Knowing It

Home » Blog » Breaking: FTX Collapse May Affect You Without You Knowing It 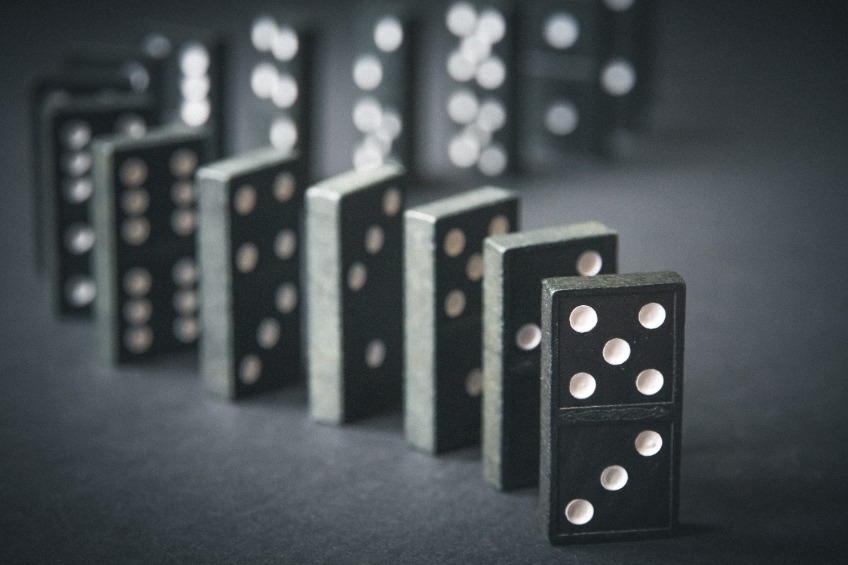 Breaking: FTX Collapse May Affect You Without You Knowing It

As a child, you may have lined dominos up in a row and pushed one over to watch the rest of them fall in turn. If so, I have some ideas on the impact of the collapse this month of cryptocurrency exchange FTX and Alameda Research, a related crypto trading company.

The dominos falling in this collapse reach beyond the two companies involved. In fact, the damage runs throughout the crypto world and beyond.

IMPACT ON PENSIONS AND OTHER INSTITUTIONAL INVESTORS

Large institutional investors handling pensions and retirement funds have invested in FTX directly or through venture capital funds. Most of those firms contend that their investments in the exchange were a fraction of total funds. As a result, they say losses are minimal.

The Ontario Teachers’ Pension Plan is one of Canada’s largest retirement funds. It was a direct investor in FTX. As a result of the collapse, the plan announced Friday that it will write off the $95 million it had invested in FTX.

Sam Bankman-Fried owned FTX and Alameda. He was regarded by many as a crypto wunderkind. Through his ownership of those two companies, he was a billionaire at 30.

At least, that was the case at the beginning of November. Within a few days, he was no longer a billionaire. Mid-way through the month, his companies were in bankruptcy and criminal investigations had begun.

On November 2, CoinDesk reported on irregularities in Alameda’s balance sheet. Those irregularities included the assertion that “Alameda rests on a foundation largely made up of a coin (FTX’s FTT) that a sister company invented.”

The following Sunday, rival crypto exchange Binance announced it was selling its FTT coins valued at the time at half a billion dollars. That led to a run in which investors began pulling tokens out of the exchange.

“In the last 72 hours, we’ve had roughly $6b of net withdrawals from FTX,” Bankman-Fried wrote in a memo to employees the following Tuesday.

Binance CEO Changpeng Zhao, then announced his firm had reached an agreement to buy FTX. However, the next day Zhao withdrew the offer.

By Nov. 11, FTX announced it had filed for bankruptcy. That Chapter 11 filing included Alameda and FTX.US. FTX.US is an FTX crypto exchange based in the United States. FTX is based in the Bahamas.

The same day, FTX and FTX.US wallets were hacked and drained of over $600 million dollars.

The FTX bankruptcy is being handled by attorney John J. Ray lll. This isn’t his first rodeo. He handled the liquidation of Enron, Nortel, and Residential Capital among others.

“Never in my career have I seen such a complete failure of corporate controls and such a complete absence of trustworthy financial information as occurred here,” Ray wrote in a Delaware Bankruptcy filing Thursday. “From compromised systems integrity and faulty regulatory oversight abroad, to the concentration of control in the hands of a very small group of inexperienced, unsophisticated and potentially compromised individuals, this situation is unprecedented.”

Ray says records were in such disarray that as of Nov. 11 there was no record of who was then working for the company.

Corporate funds were “used to purchase homes and other personal items for employees and advisors,” said Ray. In addition, Ray says, there is no record of those employees having to repay the company for those purchases.

In an interview with Vox via Twitter, Bankman-Fried feigned ignorance and confessed hypocrisy.

Asked why he did not realize Alameda was overborrowing, Bankman-Fried said, “Sometimes life creeps up on you.”

The former CEO admits “messy accounting” was to blame for customers’ deposits being lent to Alameda.

Bankman-Fried positioned himself as a champion of regulation for crypto. However, in the Vox Twitter exchange, he admits that it was a sham.

While riding high, Bankman-Fried was often referred to by his initials — SBF. However, with depositors losing billions, he may be known in the future as FBS.

10 Signs You Should Rethink Buying A House

Come back to what you love. Dollardig.com. Is the most reliable cash back site on the web. Just sign up, click, shop and get full cash back.