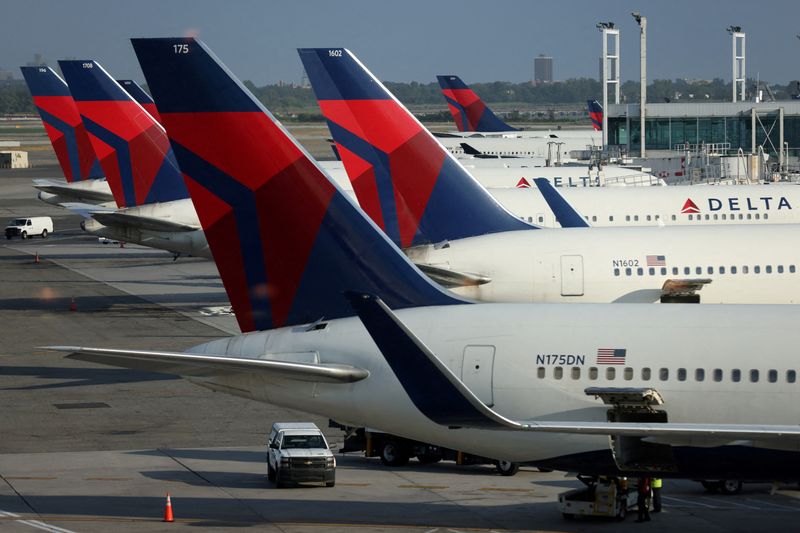 (Reuters) -Pilots at Delta Air Lines (NYSE:) have voted to authorize a strike if negotiators cannot reach agreement on a new employment contract, their union said on Monday.

The Air Line Pilots Association (ALPA), which represents nearly 15,000 pilots at the Atlanta-based carrier, said 99% of those who cast their ballots backed strike-authorization.

Under U.S. law, Delta pilots cannot walk off the job until the National Mediation Board grants them permission.

The board must first decide that additional mediation efforts would not be productive and offer the parties an opportunity to arbitrate. If either side declines, both parties enter a 30-day “cooling off” period, after which pilots and management can engage in self-help – a strike by the union or a lockout by management.

This lengthy and complex process makes it difficult for airline workers to strike. The last pilot strike at a U.S. passenger carrier was at Spirit Airlines (NYSE:) in 2010.

Delta said its pilots are not on strike and the vote will not affect its operation. The carrier said a “significant progress” has been made in the contract negotiations and only a few issues have been left to resolve.

“ALPA’s stated purpose for the vote is simply to gain leverage in our pilot contract negotiations,” a company spokesperson said. “We are confident that the parties will reach an agreement that is fair and equitable, as we always have in past negotiations.”

Delta’s pilot union said the contract negotiations have dragged on for too long. “It’s time for the company to get serious at the bargaining table and invest in the Delta pilots,” said Jason Ambrosi, chairman of the Delta Master Executive Council.

Delta pilots have been working without a new contract for nearly three years after their old contract became amendable in December 2019.