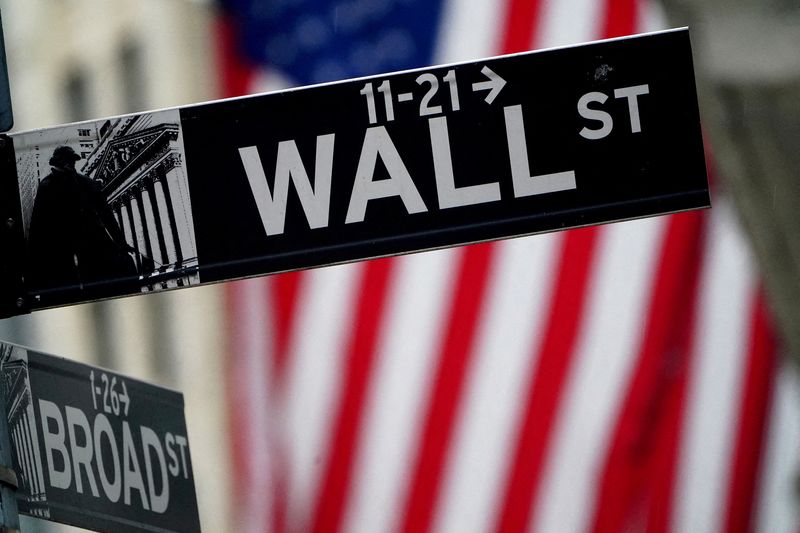 NEW YORK (Reuters) – U.S. stocks lost ground on Monday, with the major indexes closing out a strong month of gains on a weaker foot, as investor focus turned to the Federal Reserve’s policy meeting this week.

The central bank is widely expected to raise interest rates by 75 basis points on Wednesday at the conclusion of its two-day policy meeting, but investors will look for any signals the Fed may be considering a deceleration in interest rate hikes in the future.

Hopes the Fed may pull back from its aggressive interest rate hike policy have lifted equities in recent weeks, with the notching a gain of nearly 9% over the past two weeks. The Dow booked its biggest monthly percentage gain since January 1976 and biggest October percentage gain since at least 1900.

Comments from Fed officials after the policy decision as well as labor market data later this week will help shape market expectations for future hikes starting at the December meeting.

“It is pretty much a foregone conclusion, it has been almost a 100% probability for at least three weeks now that it would be three-quarters of a point and very little chance that it is going to be more or less than that, but there is always apprehension on the part of everyone just waiting for that to be done,” said Randy Frederick, managing director, trading and derivatives, Charles Schwab (NYSE:) in Austin, Texas.

Apple Inc (NASDAQ:) lost 1.54% after a Reuters report said production of its iPhones could slump by as much as 30% next month due to tightening COVID-19 curbs in China.

Megacap growth names such as Amazon.com (NASDAQ:) and Google-owner Alphabet (NASDAQ:) which have been under pressure in the rising rate environment, were also lower, down 0.94% and 1.85%, respectively.

Nearly all 11 S&P 500 sectors fell, with technology and communication services the worst performers with declines of more than 1%. Energy was the sole advancer ahead of remarks on oil companies by U.S. President Joe Biden later on Monday.

“Dividend stocks, energy, stuff that is short duration, industrials … that is what is working,” said Eric Diton, president and managing director at The Wealth Alliance in Boca Raton, Florida.

With around half of the companies in the S&P 500 having reported their quarterly results so far, third-quarter earnings growth estimates stands at 4%, according to Refintiv data, slightly lower than the 4.1% last week.

Volume on U.S. exchanges was 11.53 billion shares, compared with the 11.52 billion average for the full session over the last 20 trading days.

Declining issues outnumbered advancing ones on the NYSE by a 1.29-to-1 ratio; on Nasdaq, a 1.22-to-1 ratio favored decliners.